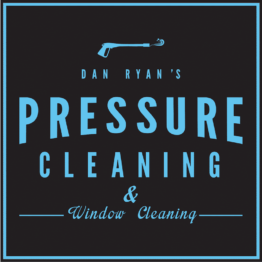 Give us a ring!

Get A Free Quote!

Pavers are a popular choice for outdoor surfaces like driveways, sidewalks, and patios. They’re durable and have a beautiful natural look that compliments any home. But over time, they can become covered in dirt, grime, and another buildup that makes them look dull and lifeless. When this happens, it’s time to call in the professionals. When you hire a professional paver washing service, you’re tapping into a team of experts with years of experience cleaning all kinds of outdoor surfaces. They know exactly what products and methods to use to get your pavers looking like new again.

Pressure washing is an effective way to clean pavers, but it’s also a delicate process. Too much pressure or using the wrong chemicals can damage your pavers beyond repair. But when you hire a professional paver and concrete cleaning service that specializes in pressure washing, you can rest assured that your pavers are in good hands. At Dan Ryan’s Pressure Cleaning & Window Cleaning, we bring you the right level of expertise to get the job done right. That means you don’t have to sift through countless paver cleaning services when you know you’ve got the right one here — and for the long run.

Searching for Greenacres Paver Cleaning Near Me?

Whether you’re searching for paver cleaning Greenacres, FL or Greenacres, FL paver cleaning near me, you deserve a paver cleaning company that will prioritize your home’s exterior. At Dan Ryan’s Pressure Cleaning & Window Cleaning, we bring over a decade of experience, giving customers in the Greenacres area the cleanest pavers they’ve ever seen in their homes. In addition to driveways, sidewalks, and patios, our professional paver cleaning service can also clean other hard surfaces like concrete, brick, and granite. So if you have multiple areas of your property that could use a little TLC, we can take care of it all in one go.

What Our Customers Say

Greenacres is a city in Palm Beach County, Florida, United States. The population is over 41,000, and the city is located between Lake Worth and Wellington, next to the interchange of Interstate 95 and Florida’s Turnpike. The town was originally called “Haverhill-by-the-Sea” and was later renamed “Greenacres City.” The city has a total area of 6 square miles. In addition, the city has numerous parks with picnic tables and BBQ grills ideal for family gatherings and events. For those who enjoy shopping, Greenacres has plenty of shopping centers featuring department stores, boutiques, restaurants, cafes, and more. Greenacres is also known for its annual events, such as the Memorial Day weekend cookout, Fourth of July fireworks show, haunted hayride in October, and Santa’s workshop in December.

If you live in Greenacres, FL, or a surrounding area and are searching for paver cleaning services Greenacres, FL, our team at Dan Ryan’s has got you covered. Our paver washing services are an efficient choice for areas like driveways and patios, across a wide range of materials, from granite to concrete. We know it can be difficult to maintain your home’s exterior. That’s why we bring full professionalism and expertise to ensure you don’t have to worry about protecting your pavers’ health. Get in touch with our expert paver cleaning team to schedule a free consultation. We look forward to making your home’s exterior shine in the long run!o hearing from you!

GET A FREE QUOTE